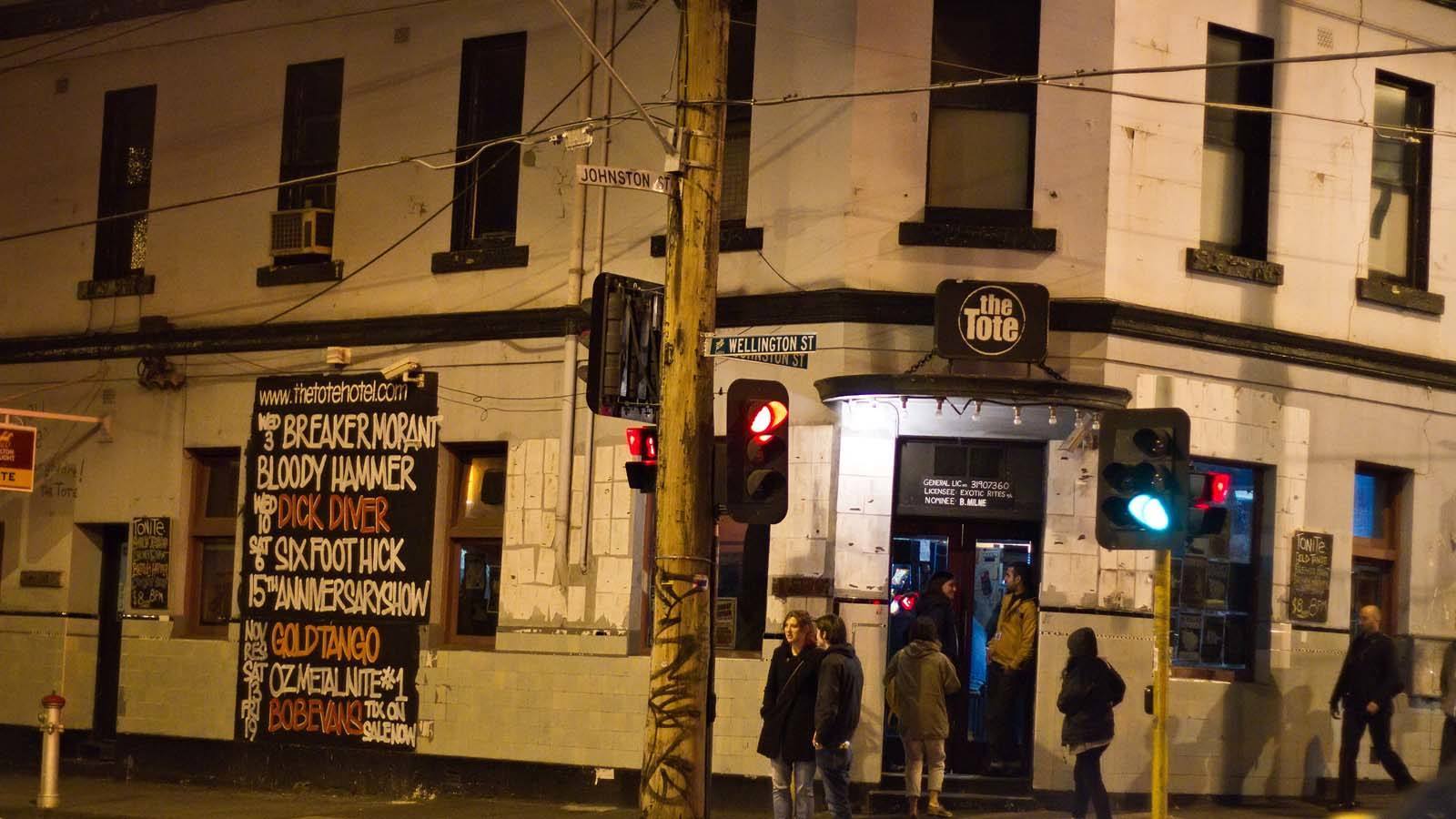 After 20,000 angry music fans hit the streets to protest new licensing laws that led to The Tote's closure in 2010, this beloved church of punk rock reopened six months later. Now, this crusty jewel in the crown of Melbourne's rock scene is just doing what it does best – beer garden BBQs, hazy late nights and heaving, sweaty rock 'n' roll.