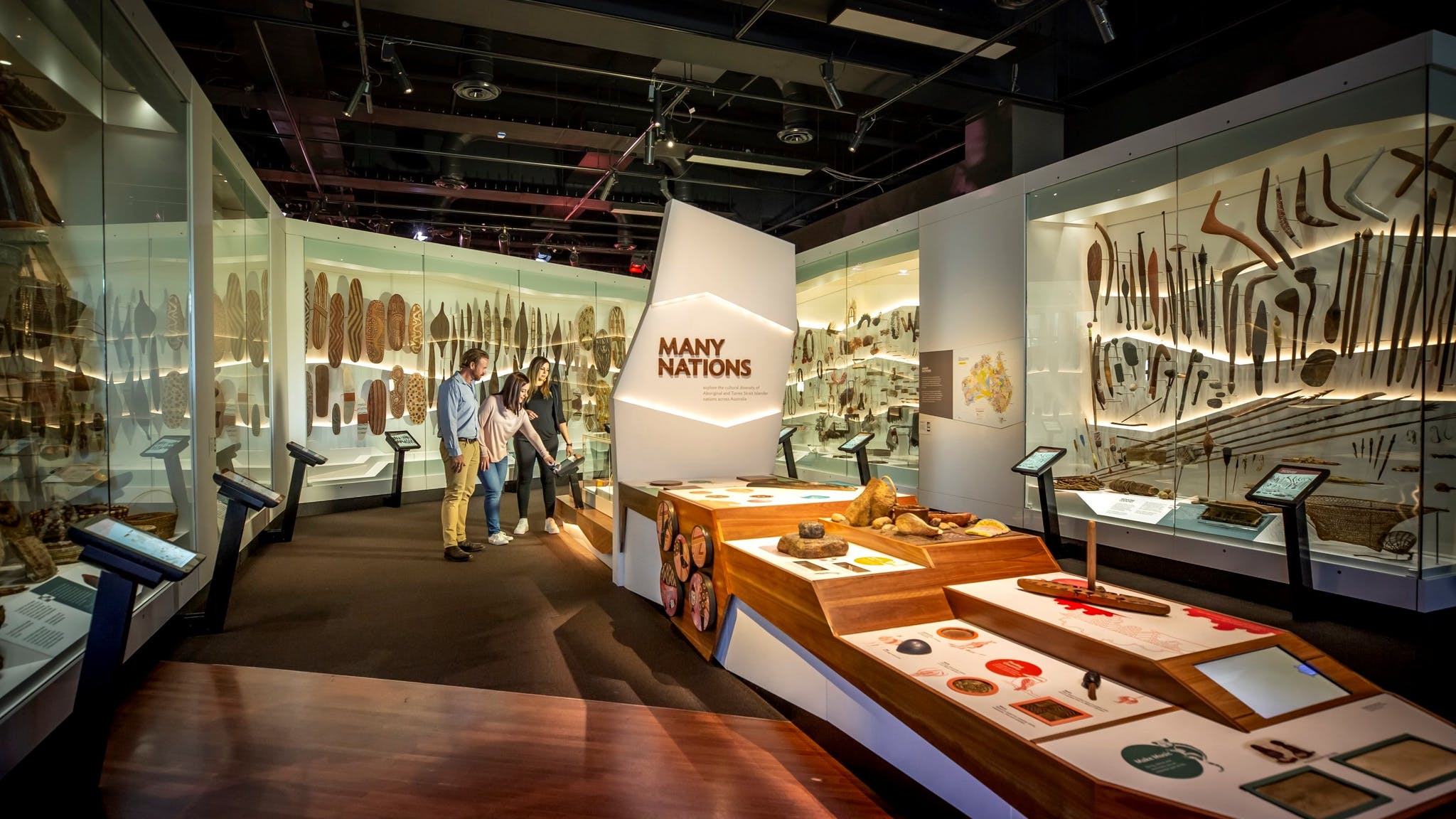 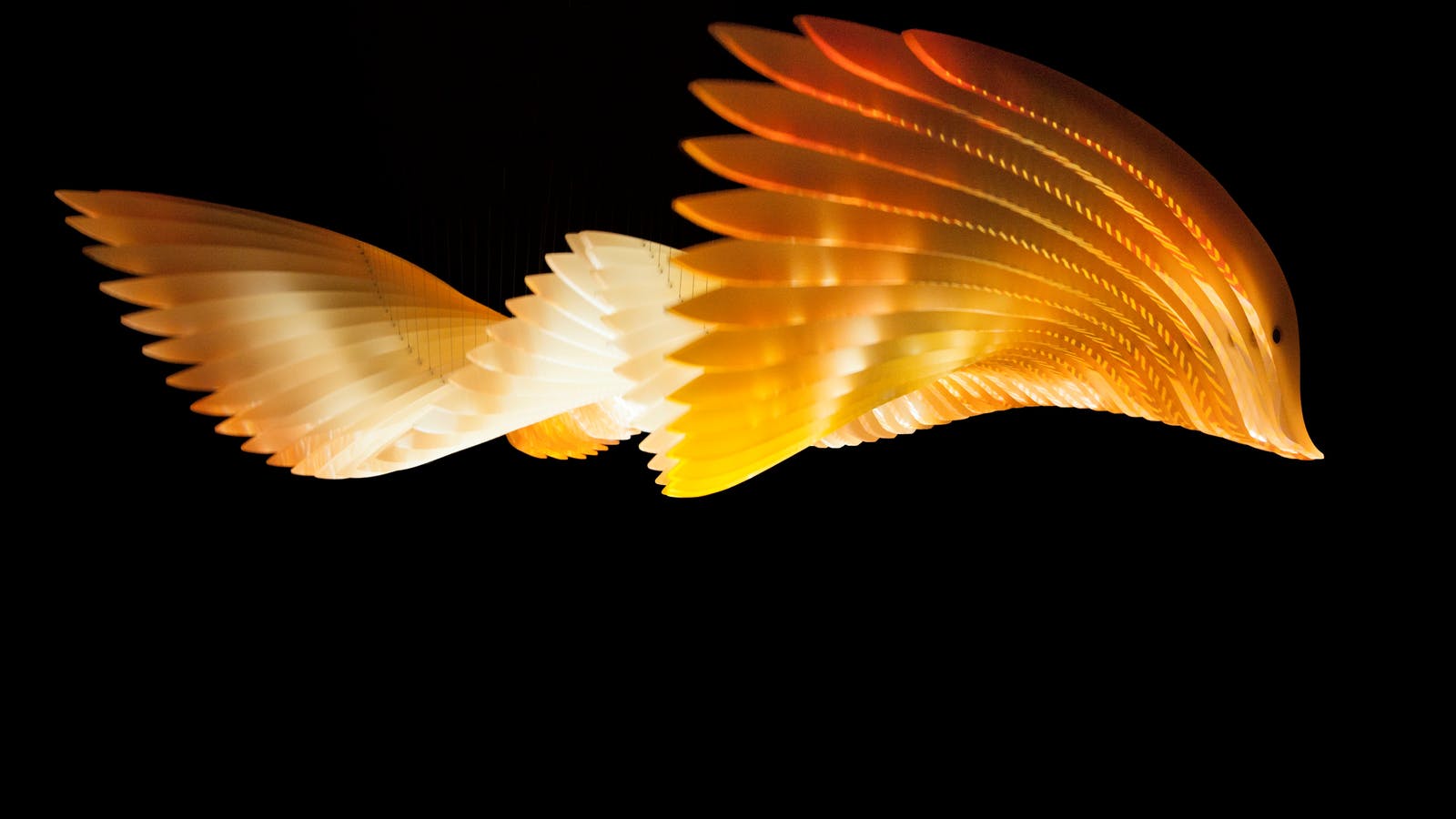 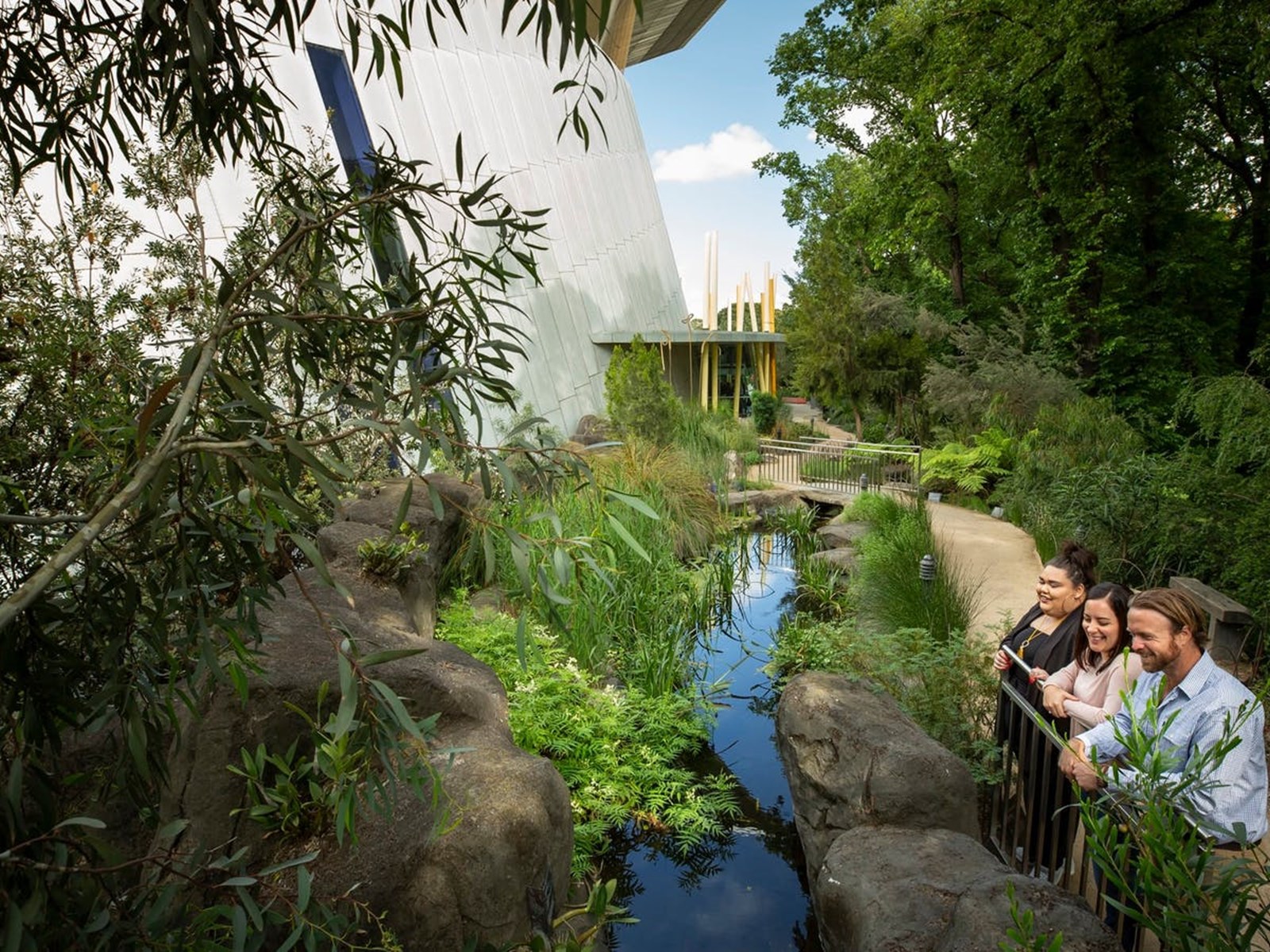 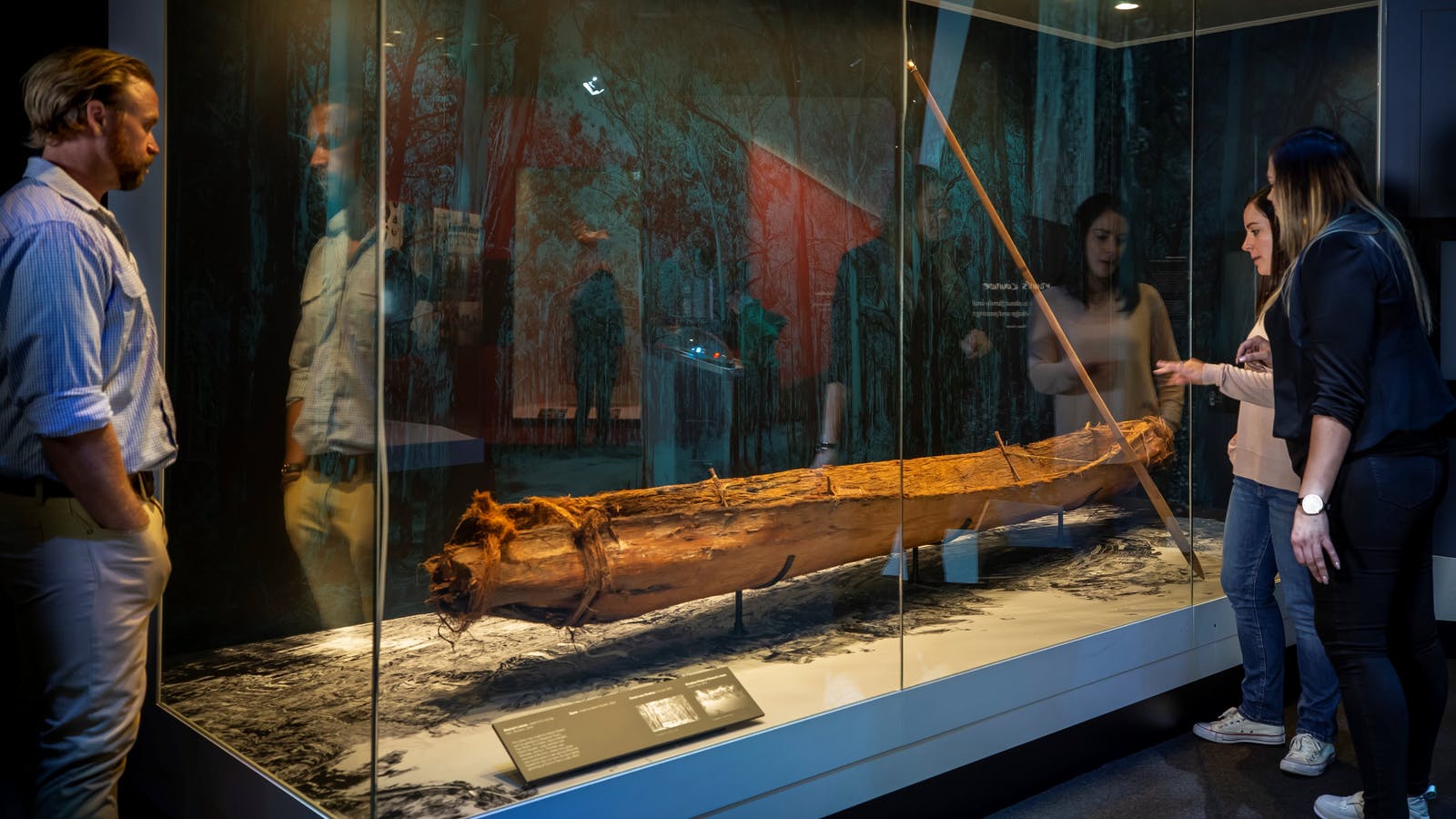 The museum is on land where Aboriginal people have lived, laughed, fought, married, dreamed and died for thousands of years. Now, in Bunjilaka, they tell the story of survival against the odds and celebrate their vibrant cultures through performances, storytelling, artwork and more.

With the opening of First Peoples in 2013, Bunjilaka presents the Koorie experience with immense power, depth and respect in a major permanent exhibition entirely co-created with Aboriginal people. Bunjilaka's art space, Birrarung Gallery, holds three exhibitions a year of work by contemporary Koorie artists. Birrarung looks out to Milari Garden where they grow plants of significance to the First Peoples of Victoria. Kalaya is their performance space. Judy Watson's major artwork Wurreka adorns the wall outside First Peoples, which leads into a gallery for temporary and touring exhibitions about Aboriginal and Torres Strait Islander cultures.