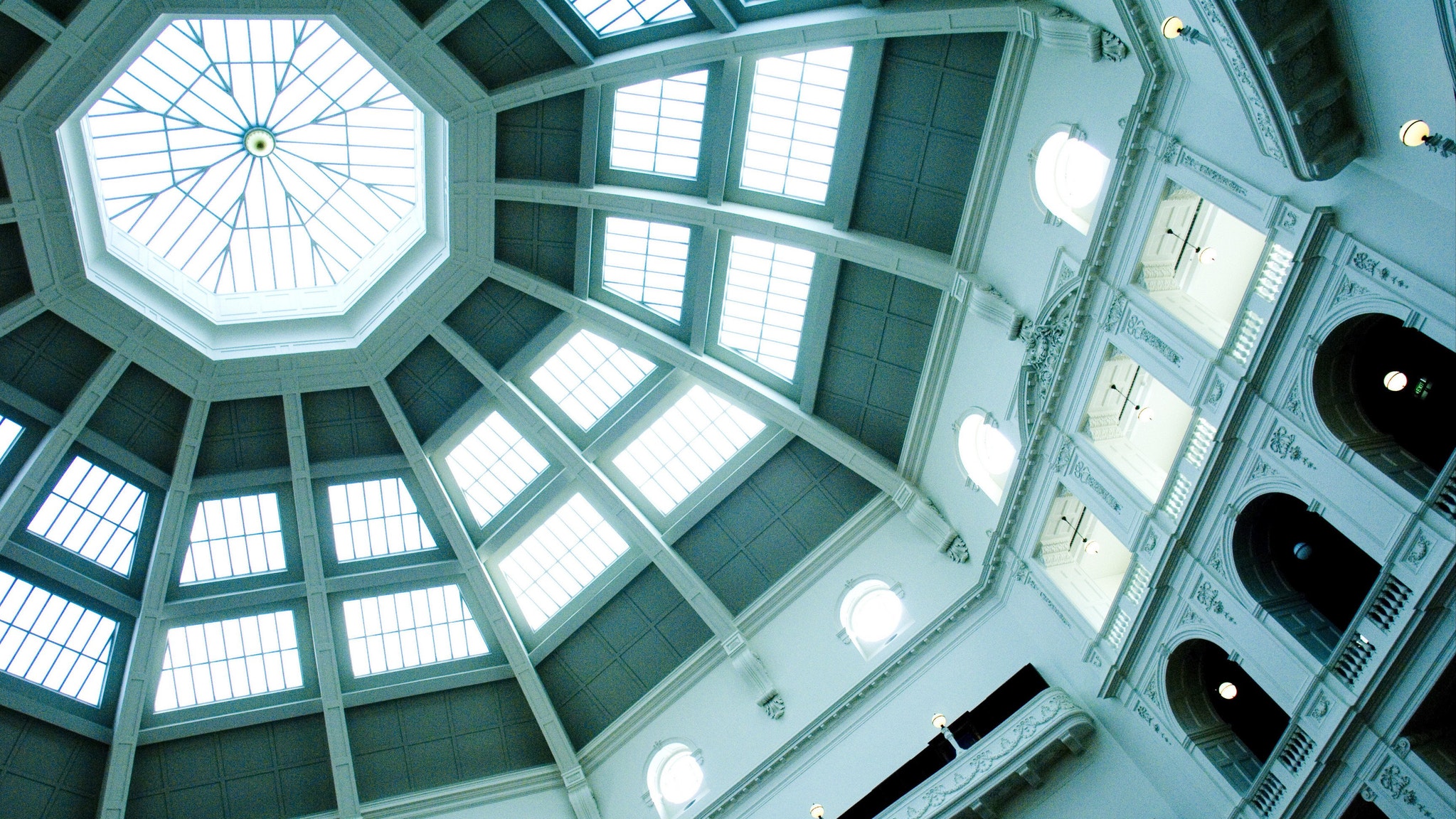 One of the world's great libraries, the State Library of Victoria is the state's premier reference and research library and a gateway to the world's information. The Library houses items that showcase Victoria's cultural life, past and present, and makes them available to the community through a range of services, exhibitions and cultural programs.

The State Library of Victoria was founded in 1854, largely through the efforts of a number of prominent Melbourne citizens such as Sir Redmond Barry and Lieutenant-Governor Charles Joseph La Trobe, the vision for the original library was ambitious - to contain the 'best of everything' and become 'a great emporium of learning and philosophy, of literature, science, and art'.

The balconies encircling the beautiful Domed Reading Room have now been transformed into exhibition areas.